The statistics were consistent across all age demographics, including tech-savvy Millennials who supposedly shun non-digital communications. In fact, 63% of the Millennials in the survey who responded to direct mail actually bought something!

DM Letters: Back to the Basics

1. A benefit-oriented headline — Your headline is perhaps the most important component of a direct mail letter. It must include at least one concrete reader benefit in order to get readers’ attention and draw them into the rest of the letter.

Also, don’t forget to include a “Johnson box” at the top of every direct mail letter. This box contains the most important message that you want to make sure readers take away from the letter. Studies have shown that using a Johnson box in direct mail letters can boost response rates by up to 40%.

2. Well-written body copy — The text of your letter needs to reinforce the benefits of your product or service that are stated in the headline. The most effective direct mail letters use bullets to communicate benefits and strong action verbs at the beginning of each bullet.

It’s also critical to get to the point of the letter quickly, instead of meandering around for a few hundred words. Ideally, your offer should be stated within the first or second paragraph of the letter.

3. Effective use of white space — Creating a successful direct mail letter is as much about what you don’t write as what you do write. There needs to be plenty of light, airy white space in the letter to make it easy and inviting to read.

If your letter is just a big block of uninviting copy, most recipients will likely throw it straight in the trash can because it will be too hard to read. In general, less copy is more.

4. Strong calls to action — There’s little room for subtlety in direct mail letters: You have to tell readers what you want them to do after they read the letter.

For example, maybe you want them to call a toll-free number or visit a dedicated website where they can fill out an application. Regardless of the action (or actions) you desire, make sure readers know the next step they should take to receive your offer.

5. A strategically written postscript line — Direct mail letters from financial institutions should include a PS line after the signature. Not including a PS line wastes a tremendous opportunity to reinforce your message one more time. In fact, most people read the PS line before they read the body copy.

Finally, don’t discount the importance of direct mail, even in the digital age. It remains one of the most effective marketing tools for financial institutions — if the letter is crafted well.

2. Using a “Johnson box” in direct mail letters can boost response rates by up to 40%.

3. Of the three main components of a direct mail campaign, the creative is by far the least important to the campaign’s success. 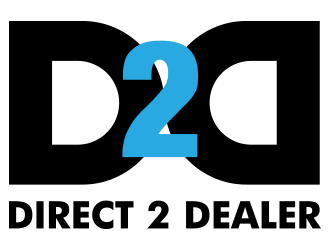 The Direct 2 Dealer staff has worked on award-winning creative campaigns for some of the largest automotive groups in the U.S. We pride ourselves in maintaining a small-firm feel by treating each client with care and consideration. We’ve hand-picked a high-quality team of creatives with the diverse skills needed to increase your sales and monthly profits. No campaign is too big or too small.